Jonathan Tuckey Design have been appointed to remodel a charming Neo-Gothic-style townhouse dating back to the 14th century in Luzern, Switzerland. Situated in the right bank of the old town – the heart of the fortified medieval City of Luzern – its more than five-hundred-year building history documents the architectural development of the townhouse from the end of the late Middle Ages to the dawn of the 20th century.

The oldest part of the building, which can still be identified today, was a free-standing structure consisting of two-house units. Merging what were originally twelve to six house units to appear structurally as a unit of three played a significant role in creating the spatially well-defined, courtyard-like feeling of the neighbouring square. Its unique façade design is a great example of swiss Neo-Gothic frescos. Originally drawn by Seraphim Weingartner but later dedicated to the Swiss victory in the Battle of Dornach, the Mannerist fresco is divided into two zones: the first floor is painted using the grisaille technique and the two upper floors as polychrome frescoes.

Working in collaboration with local architect Remo Halter Casagrande, JTD will focus on uncovering the building’s hidden layers and converting what formerly was used as a clothing shop into a wine bar/deli shop with inviting communal areas. New kitchens and bathrooms will be added, and the first floor will serve a new function as a grand meeting area with an emphasis on ceiling decoration. 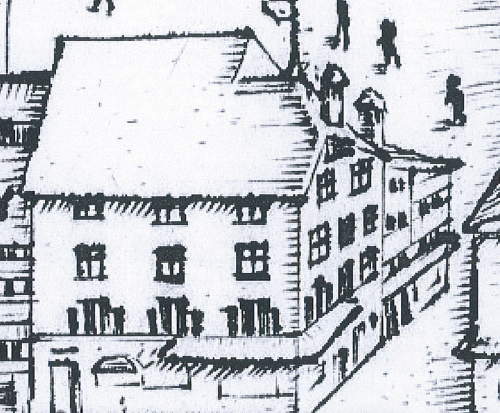 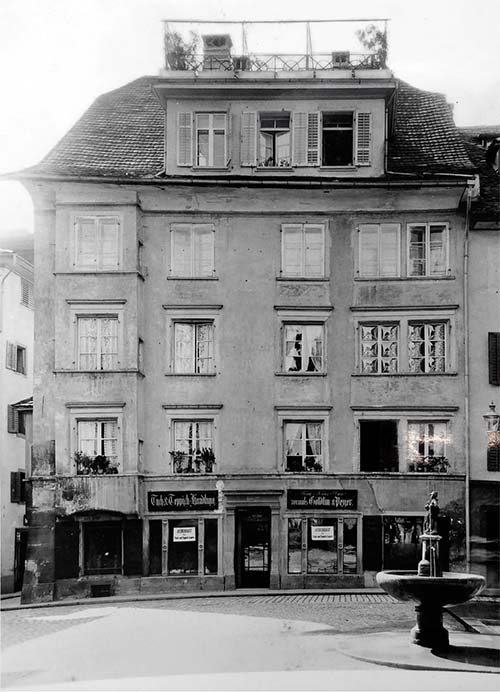 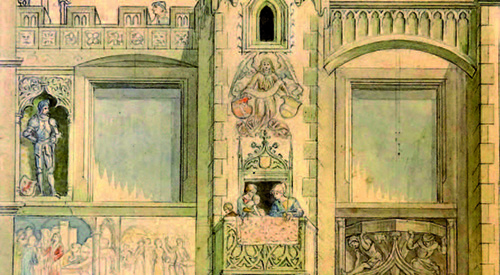 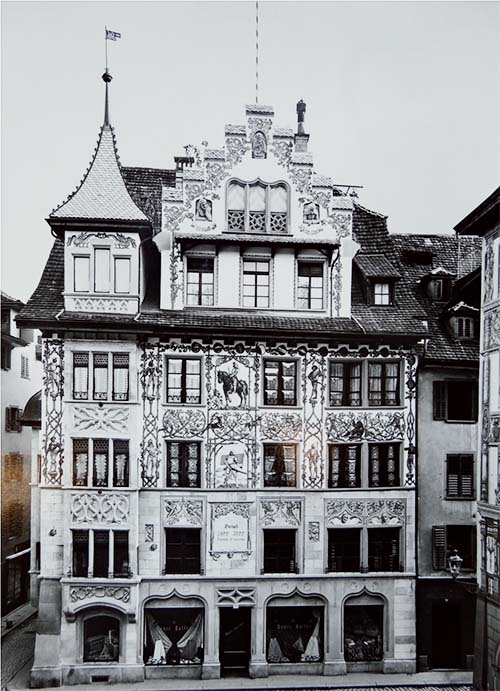 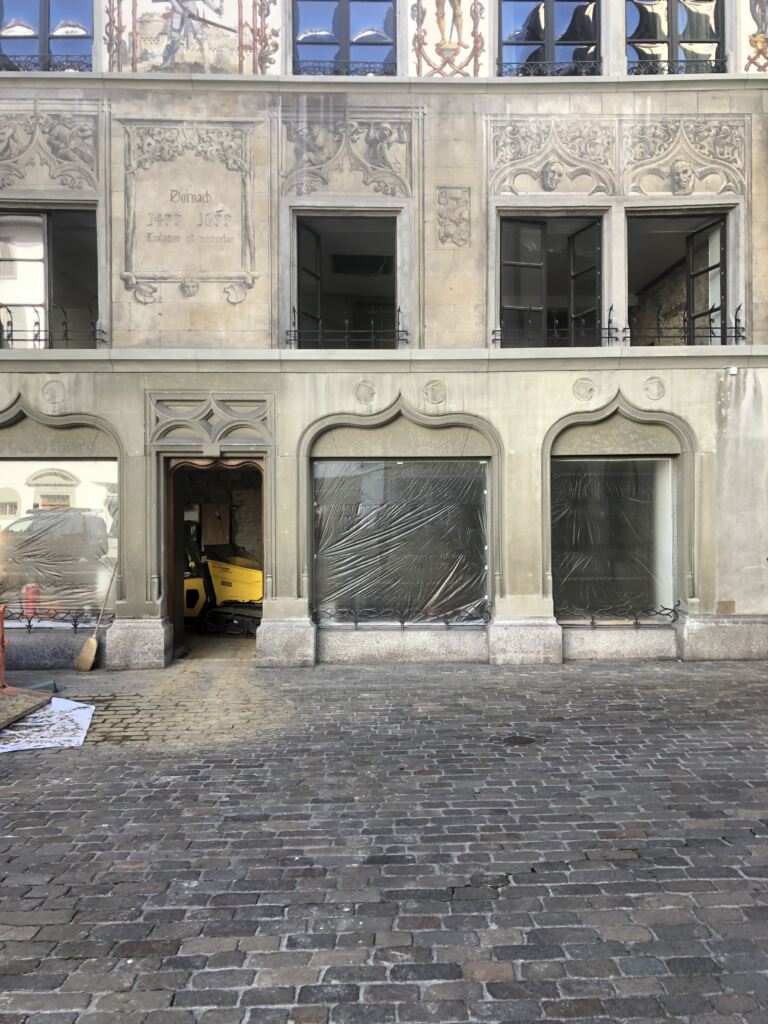 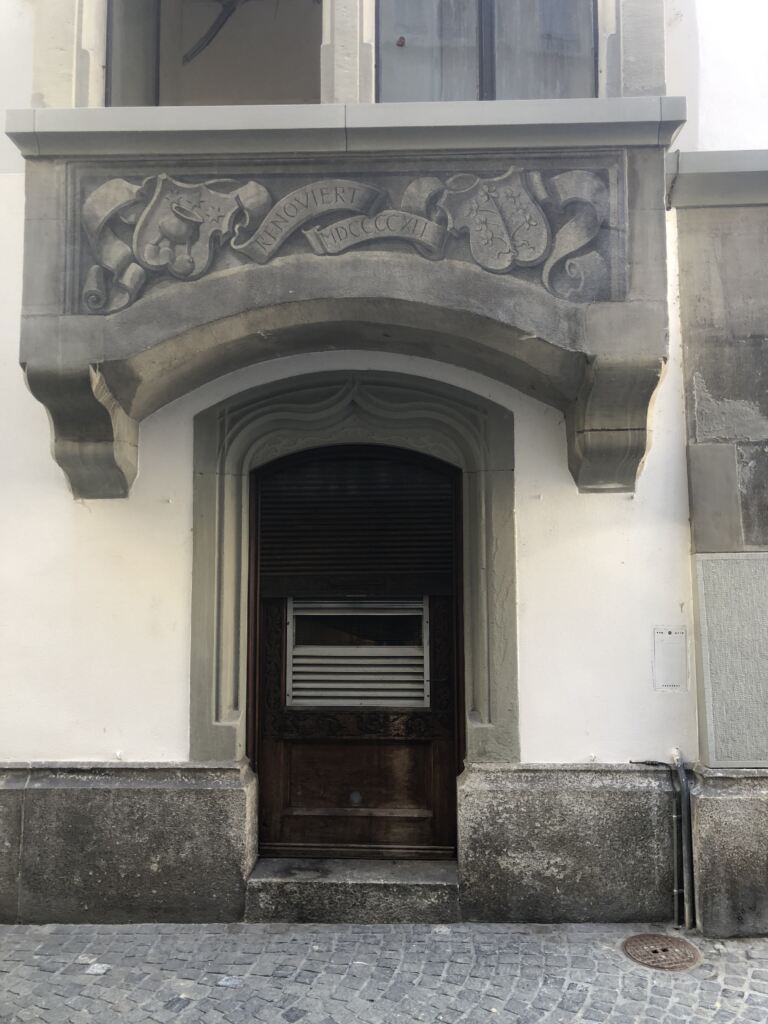 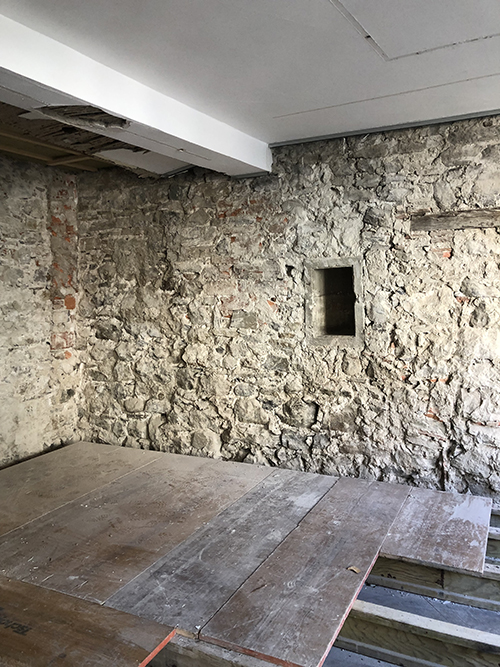 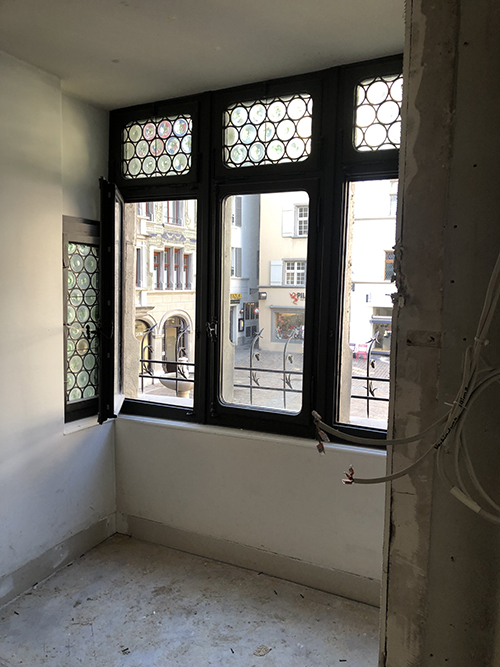