Adapting the site of a former brickworks factory into a new passiv-haus, The Brickyard House is a project defined by its materiality of predominantly unstabilised rammed earth and timber. The project progresses at an exciting pace since starting on site in early spring this year. Aerial shots show the scale of the project from the air after the groundwork has been prepared and the pipework and foundations laid.

The site appears strikingly industrial, with cranes and diggers punctating the landscape and their pathmarks imprinted on the ground, yet standing in the courtyards one can already sense the domestic scale and nature of the spaces that will become. Two temporary tower structures constructed on either side of the site hoist timelapse cameras which will record its construction over time.

Whilst the foundation work for the main building runs smoothly ahead, the onsite team is also constructing a 1:1 scale on-site folly which will test the mix, stability, and durability of the rammed earth and its performance at various junctions. Around the site, various components for the mix have been prepared; the clay extracted from the site in March had been left to dry and eventually crushed to form the aggregate, and the trass lime has been powered ready for mixture. The photographs record the packing of a small section of rammed earth wall for the folly, with designated sections of the site set up much like a small-scale laboratory for mixing the earth, brick and clay.

It is remarkable to observe the variety of operations underway at the site, where vast foundations and pipework are being prepared and simultaneously a delicate, experimental process is being formulated for the implementation of the rammed earth. 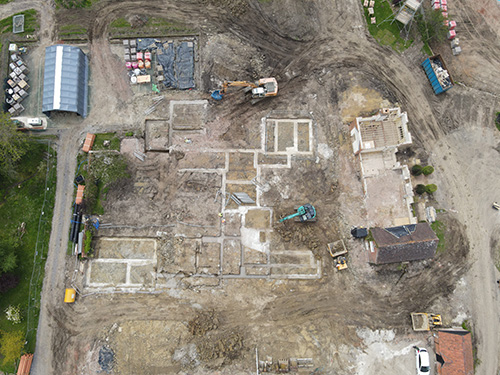 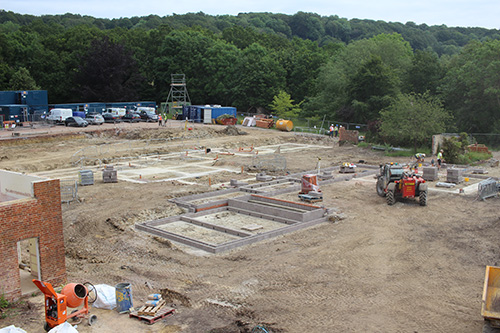 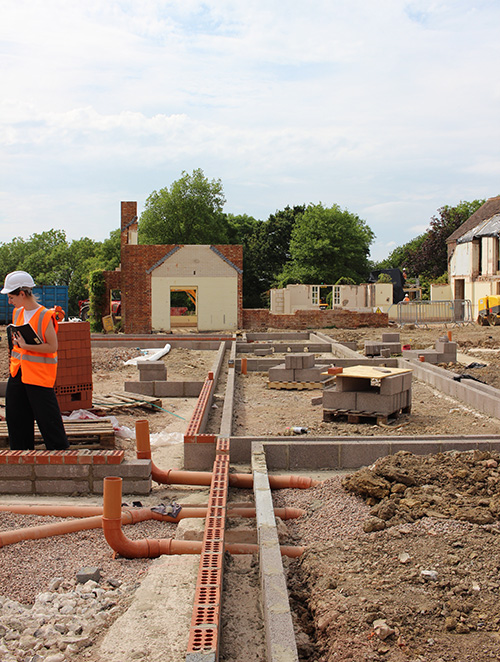 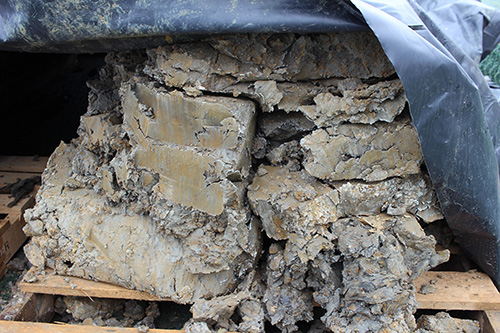 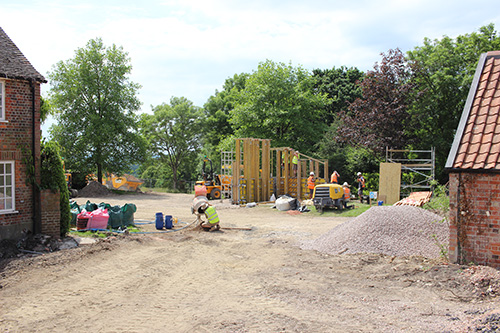 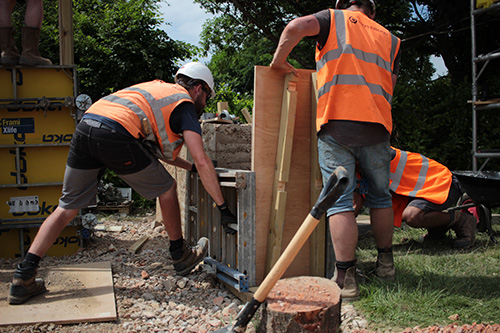 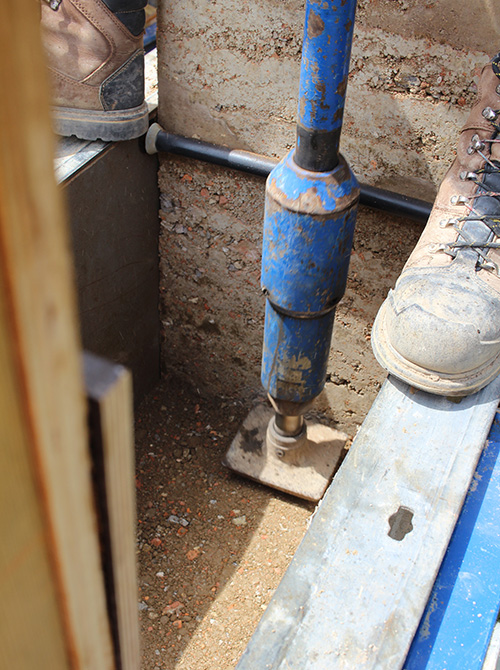 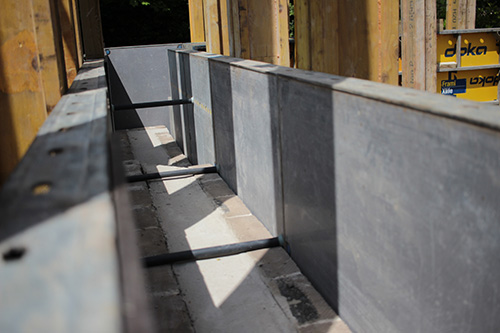 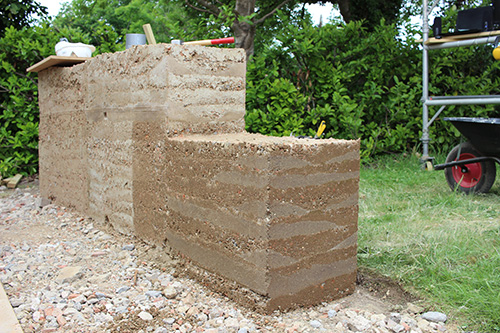 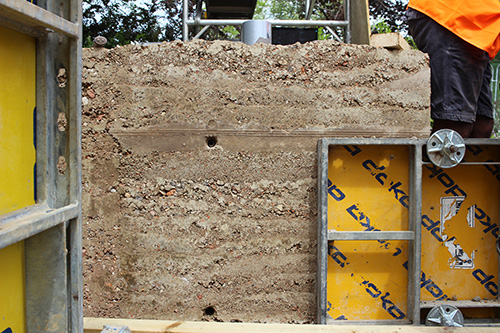